Imagine you’ve just sold an item to an individual for a few hundred dollars but upon attempting to deposit the cash in your bank you’re told that the bills are counterfeit. The rage most of us would feel is visceral and to some extent, justified. Imagine if you’d just had a counterfeit pen to test the money, or even better, a trained expert that could tell just by inspecting the bills if they weren’t really what the buyer said they were.

Forgery experts are so skilled that oftentimes they can spot a fake in mere seconds. Their understanding of what the genuine article looks like is only half of their skill set though. They also know what forgers do to pass off fakes as the real deal so they’re looking for those clues. It’s this combination of skills that our POMCAR experts leverage to ensure that the vehicle you’re buying is as the dealer or seller presents it. In fact, oftentimes POMCAR inspectors have found issues that even the seller didn’t know existed. Today we review 10 of the most frequently hidden issues that only an expertly trained inspector can spot. 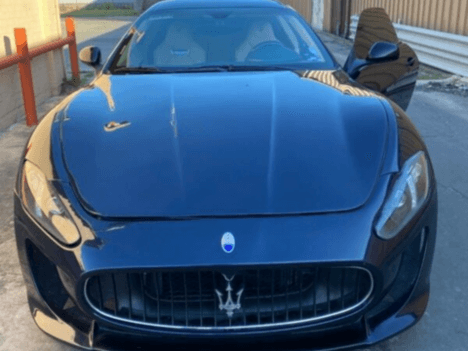 Most used vehicles on the road today have been in accidents that have required body and paint repair. Some owners elect to have their vehicle fixed without involving insurance which means you may not have any record of such an incident. Experts can spot even the most subtle signs that a car has had such damage occur. One telltale sign of body damage can be found without even touching the car. That’s the panel gap found between each piece of the body. These seams should have a tight and consistent gap from one edge to the other. When body damage occurs it often causes the mounting points of the panels involved to move, thus creating an uneven and unsightly gap like the one we see here on the hood of this Maserati.

When a vehicle needs to be repainted after an incident it can provide even more clues. To find such evidence they look for overspray that is often found on trim panels and windows. They might also check the edges of movable panels like the hood and doors for paint lines. These won’t always show a different shade of paint but new paint will almost always leave a line where the body panel was taped off. It might be tough to see, but it’s usually easy to feel where the new paint stops and the old paint begins.

2. Cars Have A Longer Memory Than Most People Think 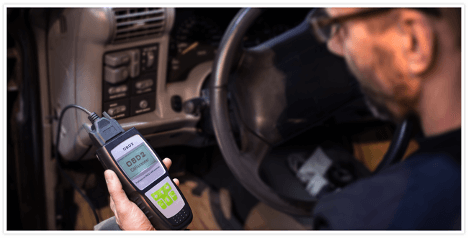 While cars may not have aircraft style black boxes, they do have something very similar that is always recording data from the vehicle about its condition. Every vehicle sold after 1996 uses something called OBDII or the 2nd generation of a technology called the On-Board Diagnostic. This system allows trained technicians to plug directly into the onboard computer that helps to run the vehicle and gather important information from it. When the “Check Engine” light in your dash comes on it stores a code in the computer that can only be checked through this OBDII port. Here’s where it gets interesting with regard to buying cars.

If the vehicle you’re interested in has any lights on in the dash, our experts can tell you in detail what is likely causing them. This information can help you to negotiate the price of the car to a lower value. Furthermore, in the cases where a dealer or seller has cleared these codes out that doesn’t mean they’ve erased the evidence of problems. In most vehicles, check engine codes will remain as “History Codes” even after they’ve been cleared out. That means that no matter what the seller might be trying to hide in the computer system, a trained professional can find it.

3. Checking Out The Side Of The Car Where The Sun Doesn’t Shine

How well is your undercarriage maintained? A used car undercarriage can tell you a lot about how well the vehicle was cared for. In fact, there’s a plethora of information that can be gained by a trained eye looking at the road-facing surface of the vehicle. First, is there rust? Most people can spot rust but very few know the difference between expected surface rust and something more dangerous. There might be bends in the frame or suspension. Automotive service professionals can spot those as well as other details many would miss. Perhaps there’s damage to bushings, ball-joints, or braking components. All of these require a trained eye to spot and give the buyer leverage to know whether the car they’re looking at is a marvelous find or a money pit. 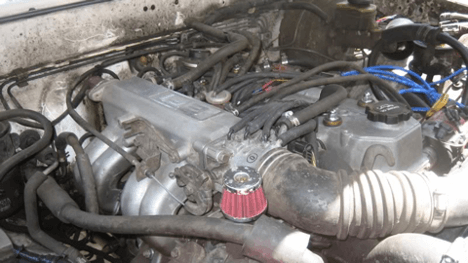 Sometimes the best sounding engines have major flaws that can only be found by digging in under the hood. What should good engine oil look like? How about brake fluid? Most people have no idea what’s healthy and what isn’t. That’s just one more thing that a trained tech can tell you when they inspect a vehicle. Furthermore, they’ll be able to gather whether the vehicle is actively leaking from anywhere and possibly even find the source. Fluid leaks can stop a vehicle dead in its tire tracks and that’s why it’s so important to understand what’s truthfully going on under the hood of any vehicle you’re interested in.

5. Dig Into The Past 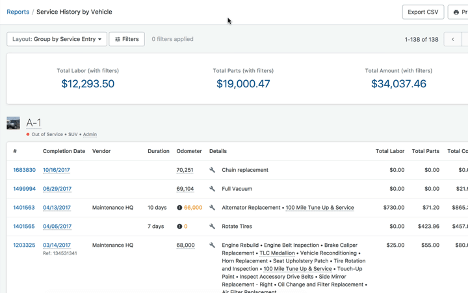 Creating a perfect service history isn’t a wildly difficult task and yet so many vehicles today are sold without them. Some owners take care of their car on their own and while that shows a great deal of interest on their part, many lose or discard sales receipts and records as time goes on. This only makes it more difficult to determine how well the vehicle was maintained but not impossible. Our experts give you peace of mind by confirming the actual condition of the car regardless of how well or not a service history was recorded. 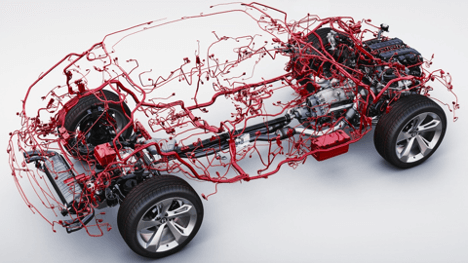 Think of the wiring harness of a vehicle as the nervous system is in your body. If connections don’t work properly or there’s a gap in the system then there are going to be major issues. This is the same for cars as they need to have good connections and reliable power to each wired accessory it’s equipped with. Imagine trying to fully understand and check each of the systems in the car pictured above? POMCAR experts know how to check and diagnose issues that might be occurring within this intricate network. That’s the value a professional set of eyes has.

7. Don’t Get Conned By A Car That Seems To Get Younger

A gigantic issue in the used car market is that of odometer tampering. This practice almost entirely eliminates any record of the car having more mileage than is indicated on the dashboard itself. Additionally, many con-artists who practice odometer tampering have sophisticated methods to prevent VIN history reports from recognizing the problem. POMCAR experts don’t let this get in their way as they can easily spot a major discrepancy in the condition against what is supposed to be a vehicle with significantly lower mileage.

For example, trying to pass a car with an odometer that reads 70,000 isn’t going to happen when our trained technicians see what is likely more than double that underneath the vehicle. Furthermore, our technicians can access an internal device called the control module that’s always counting mileage separately from the dashboard. When rollbacks are performed, scammers usually focus on just the number the dashboard shows and often ignore the control module. Because of this, the control module is almost always accurate when it comes to mileage and can condemn or exonerate most odometers.

8. Where The Rubber Meets The Road 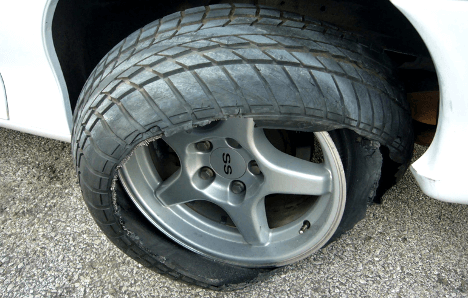 Tire problems can be subtle. If you’ve ever seen bubbles on the side of a tire, you’ve seen what’s called a broken band inside the tire itself. That damage alone makes the tire unstable and unsafe but it’s the easiest of problems to spot. What’s harder to see are things like rings on the outer sidewall of the tire that indicate that it’s been driven on while flat. That weakens the entire sidewall and can cause the tire to fail catastrophically under load. When was the last time you inspected the inside tread area of your rear tires? Most consumers get a glance at their front tires from time to time but fully inspecting all four properly rarely happens. If the vehicle you’re considering has mismatched or uneven tread it could indicate poor alignment or expensive suspension issues.

9. Don’t Get Thrown Into The Deep End 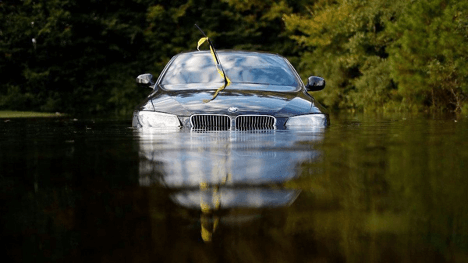 Sometimes water damage can be hidden from inspection records and vehicle history reports. We’ve seen water damage completely disable a vehicle to the extent that it simply wasn’t worth the time and money to repair it despite having no major visible damage. Sometimes the problem is so bad that we’ve heard reports of sand actually being stuck in the HVAC vents of the vehicle. It’s not always so easy to tell though. One customer reported numerous electrical issues with their new-to-them Ford F150 that had them going around in circles trying to find the problem. After hundreds of dollars in replaced parts, they finally took it to a professional shop that found pools of water still standing in parts of the interior that had been missed before. These pools had completely submerged wiring looms and caused all the issues. Don’t be like this customer. Get a POMCAR inspection and know for sure that you’re not buying a water-damaged vehicle.

10. Are You Vibing With The Seller? 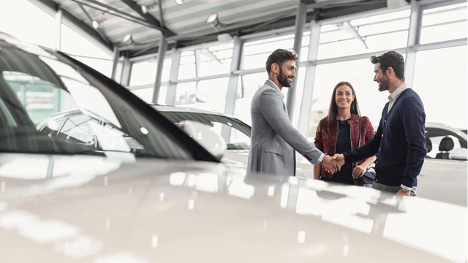 The first impression is a lasting one. Let’s consider a few questions you should ask yourself when making contact with a dealer or seller.

A. What’s the location look like? Especially important if you’re going to a dealer, does the lot look clean and the vehicles well kept? Is the vehicle you’re considering similar or very different from what it seems they’re used to handling?

B. What are others saying? How are online reviews of this dealer or person? Do they offer any sort of return policy if you change your mind or something on the car fails?

When making a commitment to buy your next vehicle, you should always make your purchase contingent on its passing POMCAR’s pre-purchase inspection. POMCAR will send a qualified technician to thoroughly check out your prospective purchase. Our technician will perform a comprehensive 270-point inspection which will cover:

Following our inspection, POMCAR will provide you with a detailed report of the car’s condition and safety-related systems, including photos of any noted problems. Once you review your POMCAR report you can buy with confidence – or avoid a problem vehicle, depending on the results!

To set up your POMCAR inspection, get started here. Have fun shopping for your next car and remember – POMCAR has your back!

What Car Dealer Fees You Must Pay & Some That are Negotiable
Extended Car Warranty Pitfalls: Why You May Want to Say No