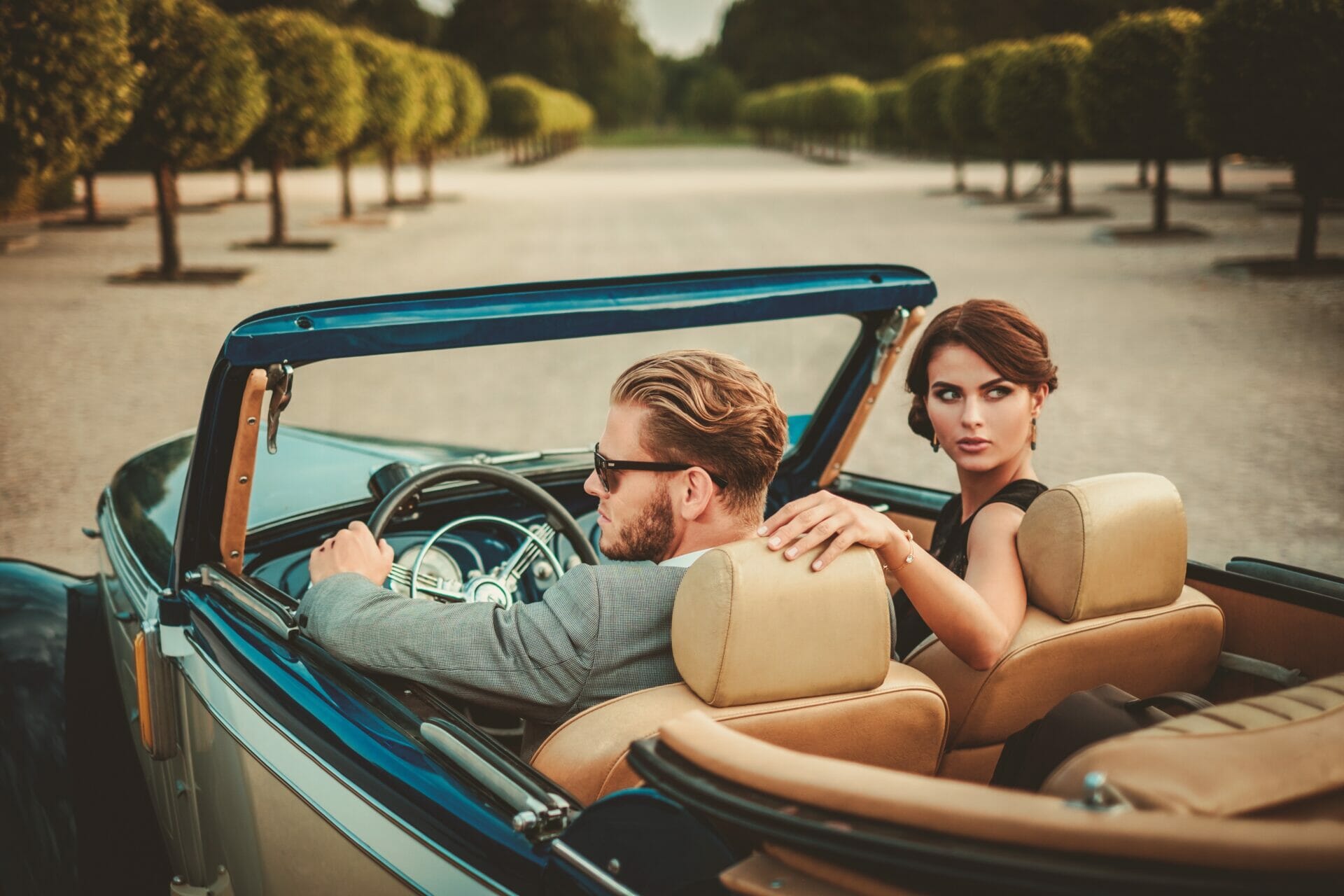 We’ve all heard someone talk about how a vehicle is simply a way to get around. Many treat a vehicle as a modern appliance. And much in the same way that we don’t really look forward to doing the dishes or the laundry, most people seem to think of driving simply as a chore. BUT … just as one has the option to buy either a Black & Decker or a Vitamix blender, we inherently care about what a vehicle says about us .. either to others or the perception of ourselves.

BIG difference is that unlike the trickle of information you might glean from knowing what brand of blender one has on their kitchen counter, knowing what someone drives is like seeing a tattoo on their skin. It tells you about the characteristics they value in a brand or more specifically, how what they decide to drive stems from their self-perception of how they fit into society as framed by millions of marketing dollars. Today we dig into the most popular types of vehicle makes and models to understand what they really say about those behind the wheel.

Drivers of Ford’s value familiarity and a concrete foundation. They are the no-frills type of people. They typically like trucks but those who drive them rarely use them to haul or tow anything that a sedan couldn’t. Of course, for the truck owners ala F-150s and up, it’s really more of a statement to others about what they could do, not what they actually do. Look no further than all the jacked-up trucks with chrome wheels and differentials that would get caught on tall parking lot calming islands for proof of this. The SUV owners are practical folks usually who appreciate the hard plastic interior bits that make cleaning up various toddler accidents easy. Mustang drivers know that they’ll put fear into the hearts of all who see them, whether it’s another muscle car at a stoplight or a group of innocent people at the exit of a cars and coffee. Ford owners know that they will almost never be called out for their choice of vehicle. Ford…American… Blue-Collar, God Fearing… Safe… unless you’re in a crowd anywhere near a Mustang driver leaving Cars and Coffee.

Corvette owners want so badly to be as bold and capable as their car is. Breaking from tradition is the motto of the C8 Corvette and it does it beautifully. It’s the most capable track car from a major manufacturer that doesn’t cost $70,000 or more. Of course, with its new layout it’s received new styling that dare we say it, sure looks a lot like a Ferrari. With that in mind, it seems clear that there are two new groups of Corvette owners, the ones who want to run from that description, and the ones who are embracing it for all it is. Sadly, it’s likely that the vast majority of new Vette owners are the same type who bought up the Chrysler 300C and put a fake Bentley grille on it “because it looks like a Phantom”.   Corvette… Machismo… Independent… Likely to be seen in an aged 55+ gated community.

If you’re a VW driver we can be sure that you appreciate things that are a cut above the rest in terms of interior quality and comfort. You dress just a touch more formally than others, you wave to other VW drivers, and might be a fan of the Dave Matthews Band. Volkswagen is after all “The Peoples Car”, meant to be a solid vehicle for the masses and the company couldn’t have hit the nail on the head any better. After all, the VW Group owns the likes of Audi, Porsche, Bentley, Bugatti, Lamborghini so they know how to deliver performance and luxury.  In the VW line, they do so in an understated way giving drivers solid, basic performance but leaving them wanting more. VW is a great “starter” car and owners are hoping that when you trade in that Golf or Touareg, you’ll upgrade to that Audi or Porsche and eventually leave average in the rearview mirror.  Volkswagen…Educated… Liberal… Starter… Affordable.

If you drive a new style Dodge Challenger you clearly have an appreciation for styling that shouts at others as it rolls down the road. You appreciate the classic good looks, the surprising practicality, and the ride comfort that soaks up miles everywhere you go. Most Challenger drivers honestly don’t care that there are hundreds of other Challenger drivers all around them and that’s to be applauded. That confidence and their sincere commitment to contentment are respectable. They are by far, the person in the room who is going to live a practical lifestyle with a little fire in their veins at times. They’re also the most likely person in this article to wildly rev their engine for no discernable reason. Are they ok in there? Is their calf cramping? Should we call somebody for them?  Challenger … Traditional… Confident… Marlboro Man Fans… Prefers Straight Lines.

Remember the E60 M5? The 507 horsepower super sedan that could smoke a Ferrari on a racetrack and hit nearly 200 mph if the highway was long enough? It also ate rod bearings so randomly that it could be considered the public “Alpha” test that convinced Elon Musk that he could sell a “Beta” version of “Tesla’s Autopilot”. That’s the demarcation line that real automotive enthusiasts know separated the company we all loved from the one it is today. While it used to be all about driving dynamics over anything else, it’s put on a lot of weight in recent years as each model has gotten bigger and less subtle. BMW drivers bank on the reputation that comes with the brand and that pays off every time. If you drive a new BMW you surely appreciate the outstanding handling ability, otherworldly power, and the factory warranty when things go sideways. Most important though are the looks of admiration you get from your fellow accounting buddies.  BMW… Politically Correct… College Educated… Likely a Tennis Fan.

If you drive an Audi you’re actually either in an incredibly upscaled Volkswagen or a detuned Porsche and you don’t really care either way. You’re right not to care since the inside is incredibly comfortable, high quality, and depending on the model you own (we’re looking at you RS6 owners), you could utterly destroy the ego of nearly any sportscar owner in your gated community. Also, thanks to Quattro (sadly not standard on all Audi models anymore, but who doesn’t like to sacrifice their values in 2021?) all you have to do is wait for a snowstorm to embarrass those jacked-up Ford truck owners who skimped and didn’t opt for four-wheel-drive. Audi owners are the kind of people who absolutely want to do the cool stuff everyone else does, they just want to do it differently enough that other people think their way is much cooler. They likely name drop often, carry a yoga mat or two in the trunk, and prefer Whole Foods over Costco.   Audi… Crowd-Pleaser… Pretentious… Modern… Designer.

Land Rover owners are perhaps the most confusing bunch of owners here because it’s as though each model in the lineup has a totally different subsection of the population that loves it. Velar owners like to be on the cutting edge of pop culture, they’re not sure what they’ll find or what makes an SUV good, they just want to be there before anyone else. Evoque drivers are the type to go for the sportier style despite the fact that they’re driving a vehicle that in absolutely no way could be considered athletic. That’s ok, their friends couldn’t tell the difference if they had to. Regardless, each of them wants to look dapper and that’s great because there’s really no Land Rover that doesn’t look incredibly stylish.

Then there’s the Range Rover crowd (really the Velar and Evoque are saddled with the same branding). These folks believe in their supreme right to drive a Range Rover, not a Land Rover (how dare you!) because it’s the epitome of luxury in their minds. They already know they’re special but their Range Rover helps them make it clear to the rest of the parents picking up their kid from the boarding school. If you drive a Defender then you’re actually pretty cool because those are just fantastic, so long as you’re not the guys from TFLCar.  Land Rover …British…  Elitist… Bold… Adventurous.

If you’re driving a Kia in 2021 just know that the rest of us secretly envy you but you’ll never know. You’re clearly budget-conscious, well-read, and you understand that Kia is giving customers far more for their money than most any other brand right now. You care about safety, technology, and less about what people think. You probably don’t go off-road very much and please don’t start now.  We’d prefer you didn’t embarrass all of us who spent much more on our Jeeps. You have a sort of schadenfreude when you line up next to a more expensive vehicle next to you that has fewer features or less horsepower (looking at you Stinger GT drivers). You also hate maintenance and are avoiding it like the plague thanks to the incredibly 10-year warranty that all new Kias are sporting. Again, we envy your self-deprecation, but we’ll never ever tell you. Kia… Approachable… Family-friendly… Understated… Value.

One day people will be able to go online, buy a brand new Tesla with Bitcoin and, have it and their new “Supercharger” and “Powerwall” delivered/installed, and go about their lives without being branded a full-fledged member of the Tesla cult. That day is not today though. Tesla drivers, regardless of their personal views about the company tend to be tech-focused fanatics who also care about the planet. They don’t care about Elon’s arrogance. They also don’t worry that despite spending some $50,000 more than the next guy in the 2-hour queue to use a supercharger in downtown L.A. during a road trip, they can’t tell their cars apart from more than 20 feet away. They do however love rockets and relish in the fact that a Model S hits 60mph in 3.2 seconds versus the Porsche 911 Carrera S in 3.5 seconds.  Tesla… Comic Con Fans… Foosball Champions… Quant Jocks… Contemporary.

If it hasn’t been obvious from the outset, we’re having a bit of a laugh. These stereotypes aren’t anything more than just poking fun at, or maybe reassuring, drivers of all vehicles what statements their rides are making in this world we live in.

Regardless of what car you desire or how you see yourself in one, there is no substitute for ensuring you receive an accurate assessment of a vehicle’s condition before you make it your own. At POMCAR we appreciate and salute all who care enough about their car to make sure that they get a genuine artifact whether that Land Rover or Kia in the best condition possible! Request a used car pre purchase inspection today at www.pomcar.com

The Dream Of Buying A Car Online Turns Into A Nightmare
Shhhh…Listen, Your Car is Talking. Perform that Car Inspection Now