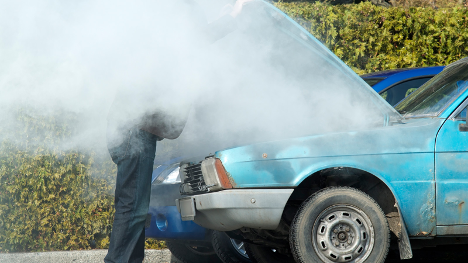 Buying any vehicle takes effort … deciding on what make and model to purchase, what options to select, locating it (nearby or nationwide), negotiating the best price, financing, arranging transport, and getting insured. For any buyer, a pre purchase inspection from POMCAR is essential. For new car buyers, most vehicles come with a standard powertrain warranty that allow them to purchase without fear of having to be out-of-pocket for significant repairs, at least within the first couple years. This is not the case for used car buyers who assume every repair cost as soon as they take delivery. Reliability is a concern that we all must wrangle with. It’s with that concern in mind that many companies offer “Extended Warranties” that promise affordable coverage to ensure that no repair is ever a financially catastrophic event. They are so popular that the US industry generated $49 billion in 2019 and is expected to grow to $60 billion per year by 2028 according to Allied Market Research. For 2019, at approximately 219 million registered drivers in the US, that equates to $223.74 per year per each registered driver in the US, and of course not every registered driver has signed up for a plan. In any calculation, the market is astonishingly large!

Consumer Affairs stated that such warranties are unlikely to benefit the consumer. All of these companies offer differing amounts of coverage at different price points but lack transparency about what is really covered depending on the circumstance. Today, we break down five of the most popular aftermarket automotive warranty companies.

To say that CarChex offers a mixed bag is a huge understatement. They have been around since 1999, have very few complaints (128) posted on the Better Business Bureau compared to how many customers they have, and they’ll cover some vehicles up to 250,000 miles which is astonishing. Like almost all providers, they offer 24/7 roadside assistance. They do not require any large lump sum as a down payment.

Of the BBB complaints mentioned above, the company carries only a 2.11-star rating. That means that more than half the complaints they receive go uncared for. One customer shared, “After they sell you the product, you are no longer a priority.” Another one said, “I went 7 weeks without my vehicle due to their lack of communication towards me and the auto shop, plus stalling tactics.” Yet another stated, “I wish I saw the reviews on this company before I decided to give them my business. I don’t know how they can sleep at night”. While these are the negative reviews, these are the users who have filed a claim and have been denied for some reason.

Patriot warranty seems to be a bit of a fly-by-night unknown entity. We’ll start with the bad news that their sales tactics might be a bit troubling. In at least one verified report, a customer was charged more than $4,000 before signing the contract with Patriot. They seem to cover nearly everything on their top-tier plan including seals and gaskets, turbos, superchargers, and high-tech features but we don’t trust that.
This example of a guy who bought a warranty with them is tragic.

His used minivan developed a transmission issue but was told that it would go uncovered because of a check engine light. Of course, those things had nothing to do with each other and according to him, the folks from Patriot never even reviewed the vehicle in person when the issue occurred. Now he’s looking at a $15,000 repair bill with no recourse from Patriot. Ouch.

Where some companies seem to be one-offs that fly by their own set of rules, ProGuard stands out as one who has yet to be pulled through the mud online. They have partnered with RepairPal to serve more customers through more repair shops. They also are preferred vehicle service contract company of Pepboys. If there’s anything particularly concerning it might be the lack of available public data.

The company has only been rated seven times on BBB and never on TrustPilot. There are no widely public interactions with the company to explain their internal process or how they deal with disgruntled customers. Of course, sometimes no news is good news. With a vast expanse of services offered including helping buyers find certified pre-owned cars, roadside assistance, and even motorcycle coverage, ProGuard seems to be a company that’s keeping its customers satisfied.

Endurance has a large customer base with few complaints compared to many others. They also feature a long list of potentially covered items that other companies won’t touch
like turbos and superchargers. Whether they will cover them is another story. Another positive sign is that they are willing to cover older cars with higher mileage which broadens their customer base.

They clearly have their fair share of negative reports with one recently featuring a customer that couldn’t seem to get any traction from the company until a journalist inquired about the issue. On its face, it seems as though Endurance was willing to deny all coverage based on a single missed oil change. While that could be the cause of some issues, none of us want to pay thousands out of pocket unexpectedly for a totally unrelated maintenance issue because we can’t find a receipt.

The BBB does have an advertising complaint posted for potential customers:

CURRENT ALERTS FOR THIS BUSINESS

Since May 2019, the BBB serving Chicago and Northern Illinois has requested on multiple instances for Endurance Warranty Services, LLC to modify, or discontinue their promotional mailers being distributed nationwide. The businesses mailers contained aggressive and confusing language, that often intimidated consumers. In addition, the mailers were being distributed in envelopes resembling Federal Tax Documents.

The BBB Code of Advertising states that, “The primary responsibility for truthful and non deceptive advertising rests with the advertiser. Advertisers should be prepared to substantiate/modify any claims or offers made before publication or broadcast, and upon request, present such substantiation/modification promptly to the advertising medium or the Better Business Bureau.”

The BBB has monitored the mailers recently being circulated by Endurance Warranty Services, LLC. As of 4/30/2020, it has been determined that these mailers appear to meet the BBB Code of Advertising.

Due to the number of ad challenges that the BBB has completed in the last 3 years for the business, the rating for Endurance Warranty Services, LLC will be impacted.

CarShield has the largest number of complaints by far posted on the Better Business Bureau. They have a 1.42 star rating out of 1,276 reviews. They have so many complaints that the BBB has alerted potential customer by stating:

CURRENT ALERTS FOR THIS BUSINESS

In April and December 2020, BBB contacted CarShield regarding how it planned to address ongoing patterns of complaints. The company stated, “CarShield works hard to provide excellent customer service to all consumers we encounter and to meet the demands and standards set forth by the BBB.”

The horrendous score has also kept them from being accredited by the BBB.

One investigation found that the company was willing to nearly half the price of coverage just to get the sale. That means that the original price of more than $100 per month was nearly all profit. In another case, CarShield’s parent company American Auto Shield clearly focused on the bottom line over ensuring its customer was cared for. While some of the companies we’ve reviewed today seem to have some redeemable plan or facet, CarShield isn’t one of them.

Here are just three customer comments from different reviews over the last year. “Carshield is a rip-off. 21 months I paid now serious problem not gonna cover it” and “My vehicle has been at Rally Chevrolet for three weeks and Car Shield has had the diagnostics for two weeks and now they want the motor torn down to look at the crank bearings and the oil pump after its been proven that the motor is ruined. The downside is that if they determine that it’s not covered I’m responsible for paying $3000 for the teardown and I end up with a truck with no motor which is my work truck.” Clearly that’s a major problem.

Still, this final comment brings to bear another major issue with CarShield. “They spend millions of marketing dollars on commercials featuring Ice-T and Chis Berman, … We’re not sure how celebrities justify selling out so hard to companies that clearly don’t put their customers over profits.”

There’s simply no way to be sure that an aftermarket warranty won’t end up being a waste of money. In many ways, we feel that it’s a gamble no matter what type of vehicle you drive or buy. There’s no promise that the money you invest will end up paying off and you might be better off simply saving it and using it should something go wrong.

In addition, our investigation has proven that there are numerous hurdles to clear should you buy an aftermarket warranty. Beyond the companies that tie their customer’s cars up in the shop for weeks, there are others that don’t actually do the work themselves. They’re just administrators over the vehicle service contract that you purchase. This means that when something breaks and you call the company that you paid thousands of dollars to, they simply hand you off to a completely different company that can then fight you for the money while you have no recourse.

Finally, many buyers reported numerous sales calls long after finishing an interaction with an aftermarket warranty company. The problem goes far beyond that though. The FCC has issued a warning that the majority of aftermarket warranty calls are complete scams. The simple fact is obvious …. aftermarket warranties pose a serious risk. Even when purchasing from a reputable company there is no real assurance that the repairs your car will need are covered. Even when it is, you might be out of a car for months before the claims are resolved, and that is if you are willing to put forth the time and energy to get your insurer to honor your claim.

Aside from ProGuard and CarChex, these companies have been flagged by their state’s attorneys general for shady practices and of course by customer advocacy sites proclaiming that everyone should take caution before signing up for an extended warranty plan. Yet people continue to do so at an alarming rate. Warranties sound great in theory to protect you from an unexpected and costly repair, but the reality is that IF and WHEN that happens, you may be better off saving those monthly payments and applying those dollars to the repair itself. The time and angst spent communicating and providing documentation with these providers (poor customer service) along with the time spent without a ride (inconvenience) and the high deductible (sunk costs) don’t justify the return on investment for most.